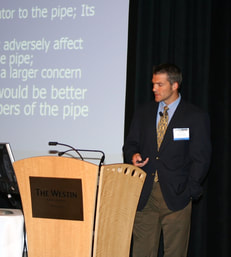 Michael Pluimer holds a PhD in Civil Engineering (2016) from Villanova University and a Master’s Degree in Mechanical Engineering (2002) from the University of Minnesota. His PhD research was on the performance of corrugated HDPE pipe manufactured with post-consumer recycled content in commuter railroad applications. Dr. Pluimer developed and validated a service life model for pipes in these applications relative to both the fatigue- and creep-related slow crack growth failure mechanisms. The service life model utilized ASTM F3181, the Un-notched Constant Ligament Stress (UCLS) test, a new test method developed for corrugated HDPE pipe materials containing recycled content.

Dr. Pluimer has worked in technical and management engineering positions in several industries, including power equipment design and development, bioenergy research and development, and most recently the plastics and plastic piping industries, where he has 16 years of experience. He was the Director of Engineering of the Plastics Pipe Institute CPPA Division from 2005 - 2013 and the Director of Texas Research International's Pipe Division from 2013 - 2014. In addition to his current work as a consultant, Dr. Pluimer also serves as an Assistant Professor at the University of Minnesota - Duluth in both their Civil Engineering and Mechanical and Industrial Engineering Departments.

Dr. Pluimer has lectured at dozens of universities and conferences, and his work on the service life of corrugated HDPE pipe has been published with the American Society of Civil Engineers and the Journal of ASTM International. He was the Co-Principal Investigator of NCHRP Project 4-39: Field Performance of Corrugated HDPE Pipe Manufactured with Recycled Content, published in NCHRP Report 870 in early 2018. The research resulted in the development of an AASHTO Standard Practice for service life determination of corrugated HDPE pipes manufactured with recycled content as well as the incorporation of post-consumer and post-industrial materials into AASHTO M 294, Standard Specification for Corrugated Polyethylene Pipe.  Dr. Pluimer currently serves as Membership Secretary of ASTM F17 on Plastic Piping Systems, Chair of ASTM Subcommittee F17.40 (Plastic Piping Systems - Test Methods) and Secretary of ASTM Committee F17.62 (Plastic Piping Systems - Sewer). He is also active on several committees within the Transportation Research Board.

In his free time, Michael enjoys spending time with his wife and two children in northern Minnesota and competing in marathons and triathlons. He has competed in 17 full Ironman distance triathlons, including the World Championship in Kona, Hawaii. 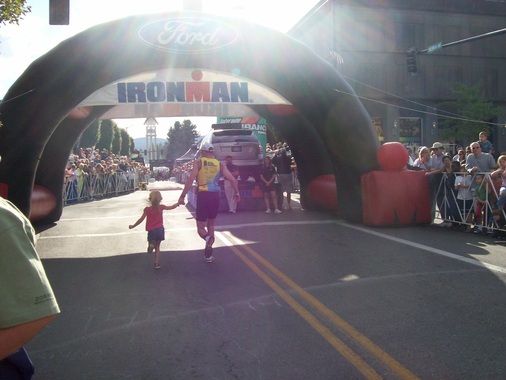 Holly is the Executive Assistant at Crossroads Engineering Services. She recently retired after a 30-year career in the telecommunications industry.  Holly spent the last 12 years in her position of Executive Assistant at Consolidated Telephone Co. (CTC) in Brainerd, MN, where she provided support to the CEO/GM, Management Team and Board of Directors. Prior to that, she worked at TDS Telecommunications in Pequot Lakes, MN, where she was a Senior Billing Specialist.

Holly is passionate about living each day to the fullest by spending time with her family and friends – especially her husband, children and grandchildren.  She also enjoys the outdoors, traveling, playing the piano, reading and volunteering in the community. She is very active and loves to enjoy the Minnesota outdoors year-round, whether snowshoeing, skating, sledding, hiking, paddle-boarding, walking, or whatever other new adventure that comes her way!

Holly making the most of the Minnesota winters! 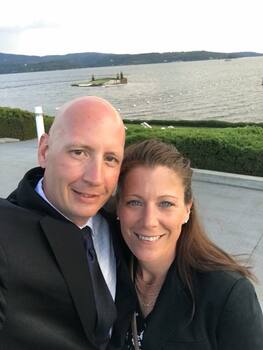 Brian Chestnut, Consultant
​
Brian studied Mechanical Engineering at West Virginia University from 1996-2001. He has over 20 years of experience in the corrugated HDPE pipe industry and was plant manager for a large corrugated HDPE pipe company. Among many other assignments, his responsibilities included standards development, quality control, safety, testing, and audits. During this time he networked with other industry leading members gaining invaluable experience, knowledge, and an interest in consulting. In 2017, he was presented with opportunity to establish his own consulting firm and works as a subcontractor for Crossroads Engineering Services for AASHTO NTPEP pipe audits.

Brian attributes much of his success to his supportive family. His wife runs an e-commerce business she started in 2004. She also assists him in many aspects of the firm. They have three boys. The oldest is currently pursuing a dual major. Upon completion he will have earned both a Physics degree and an Engineering degree. Their middle son will graduate next year and pursue a technical degree. The youngest is a freshman in high school and still deciding his future path.